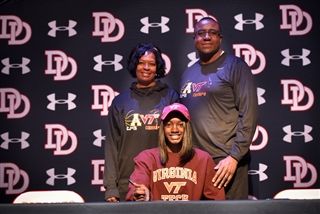 Huntley, who signed her National Letter of Intent in November, will attend Virginia Tech and compete at the collegiate level.  Huntley and the Patriots won the NCISAA 2A Private State Championship.
Back